by John Hovorka and the Dawn of Mechanized Farming 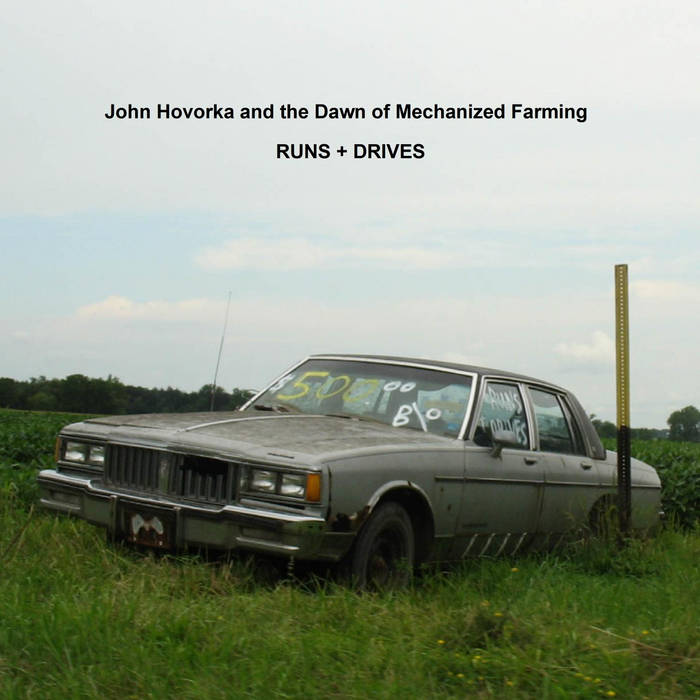 This project started in 2013 with John, Marc and Colin from the previous version of John Hovorka and the Dawn of Mechanized Farming in Marc's apartment in Brooklyn, NY. Then it was recorded at Suburban Elvis Studio by Joe Kelly way out in the suburbs, and mixed by him there, too. It was mastered by John at John Hovorka Studio in Brooklyn. The photos for the CD version were taken in rural New York State at the beginning of The 2008 Midwest Vacation, except for the back photo which was taken in rural Pennsylvania. The car on the front cover was for sale in Lodi, NY and might still be there. The songs are more of the usual slabs of granite and steel that emanate from John Hovorka's subconscious mind. I do not know why, but they had to get out, so they did.

Bandcamp Daily  your guide to the world of Bandcamp

Serena Cherry debuts her black metal project, plus a Pick from the Crypt block from Svalbard